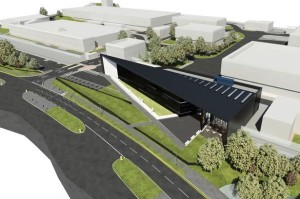 The Royal Mint has unveiled plans to open its doors to the public for the first time in its 1,000-year history announcing they are planning to develop a £7.7m visitor centre at the mint in Llantrisant. Visitors will have the opportunity to take a tour of the Royal Mint and see exactly how the coins we use every day are made – as well giving them the chance to strike their coin. It is hoped construction of the purpose-built facility will get under way this spring before being completed next year.

Wales Economy Minister Edwina Hart confirmed the Welsh Government would be providing £2.3m worth of funding for the new visitor centre. She said: “The new centre will be an all-year and all-weather attraction showcasing a unique product. This project has the potential to be an iconic attraction for Wales.”

The Royal Mint has a history dating back more than 1,100 years.In 1812 it moved out of the Tower of London, where it had been located for more than 500 years, to premises on London’s Tower Hill. In 1967 the building of a new Royal Mint began on its current site in Llantrisant. Since January 2010 the Mint has been a private company, although it remains 100% owned by the treasury.