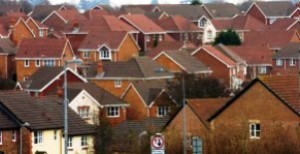 The Pontprennau area of Cardiff is to finally get its own primary school – more than a decade after it was first called for by local residents. Cardiff Council’s ruling Labour cabinet will today agree to consult on a proposal to establish an English-medium primary school in Pontprennau. The new school is planned to open from September 2015 and to be built on land next to Pontprennau Community Centre on Heol Pontprennau.

If agreed, the 1.5 form primary school would have a maximum of 45 pupils per year group, plus a 32 full-time equivalent place nursery. The cabinet will also consider proposals for a new one-form Welsh-medium primary school, with nursery, in the Grangetown area and a new nursery at Radyr Primary School. Plans for the new primary schools were included in the council’s 21st Century Schools Capital Programme bid submitted to the Welsh Government in late 2011.

The proposal to increase capacity in the Welsh-medium sector in and around Grangetown focuses on extending the temporary enlargement of Ysgol Gymraeg Pwll Coch to allow up to 90 children to be admitted at Reception beyond August 2014. Councillor Julia Magill, Cabinet Member for Education, said “These proposals have been developed to ensure schools are in the right places in the city and are able to meet the local demand.”