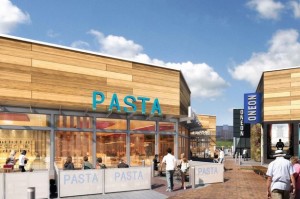 The proposal is the second retail park redevelopment in Wales Hammerson is delivering, following the £26m redevelopment of Cyfarthfa Retail Park in Merthyr Tydfil, which is due for completion in spring 2015. Hammerson Development Manager, Russell Beresford, said: “The refurbishment of Parc Tawe will transform the venue into a family friendly destination by adding restaurants and upgrading the leisure offer and public realm. “There is an opportunity to bring new retailers to the city make the most of the parks location as a prominent retail site in Swansea city centre.”