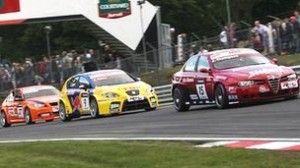 Backers of a new £150m motor racing circuit in South Wales have raised finance and are preparing to lodge a planning application. The Heads of the Valley Development Company, which is behind the scheme, is made up of public and private partners including the Welsh Government and Blaenau Gwent Council. The track would be built at Ebbw Vale on an 830 acre site on the Rassau Industrial Estate on the Heads of the Valleys Road as the site is said to be lend itself perfectly to a racetrack and there are good transport links to the rest of the UK.

The aim is to build a low carbon centre of excellence for motorsport which would include a research and development centre, as well as separate industrial, commercial and leisure units. As well as the main racing circuit, there would be two motocross and a karting track, a business park and two hotels in a development said to be worth £250m. Subject to planning permission, construction work could start next year with the track operational by 2015 and could see thousands of jobs created.

Consultation with local residents has already started over the plans which will see the track host MotoGP, World Superbikes, World Motocross and World Touring Car events. Backer the Heads of the Valleys Development Company said formal proposals could be submitted to Blaenau Gwent council in a few months.

The plans were unveiled last November, and the Heads of the Valleys Development Company says formal proposals could be submitted to Blaenau Gwent council in a few months. The Heads of the Valleys Development Company was created to build and run the track. It is headed by Michael Carrick, a former senior figure with the US investment bank Merrill Lynch, with former Labour Party leader Lord Kinnock, the chair of the advisory board.

Mr Carrick said early feedback from residents highlighted a need for training opportunities to ensure workers could be drawn from the local area. He said there were numerous reasons why the 830-acre site was acquired, including its transport links and proximity to major population centres, including Cardiff and Birmingham. He said  "But... it will make the most economic impact, it will change and transform lives to the greatest degree in an area that is economically deprived, having this sort of level of investment... will make a difference."

Blaenau Gwent council has already said it is "seriously interested in any quality proposal which could drive a major inward investment in our area". Council leader Hedley McCarthy said the proposals were very exciting and would build on other local developments, such as dualling of the Heads of the Valleys road and the electrification of the Ebbw Valley railway line.

Meanwhile, discussions are still under way between the developers and the Welsh and UK governments about securing more financial support which Mr Carrick would make delivering the project easier.