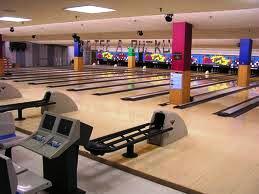 Proposals have been put forward for a 10-pin bowling and adventure play facility in Merthyr Tydfil. Subject to funding, the 14-lane bowling alley would be housed at Merthyr Tydfil Leisure Village next to the Vue Cinema. The new site would also include a soft play area, catering facilities, in addition to video and other gaming provision. It is thought that £1m of capital expenditure will be required to undertake the work to fit out the unit.

A report to determine the demand for such a facility was carried out in June last year as part of the local authority’s vision for future leisure provision. And the idea proved a hit – which led to discussions between Merthyr Council and Atlantic Property Development in recent months.

The proposals align with the council’s vision to build a strong, sustainable and diverse economy and the authority believe it will also give people a healthier and better quality of life by improving physical activity and play facilities.

An application for funding of £500,000 to the Ffos-Y-Fran Community Fund is still to be approved, while £500,000 match funding would be provided through council reserves. The reserves would subsequently be replenished through income generated from the facility.

Brendan Toomey, leader of Merthyr Tydfil Council, said: “I can confirm that the council is in the process of developing proposals to open a 10-pin bowling facility at Merthyr Tydfil Leisure Village. However, the commencement of this exciting project is subject to a successful application for funding, therefore we are unable to release any further details until the funding decision has been made.”