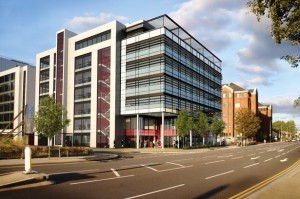 The headquarters office building is the latest office scheme to be developed on a speculative basis by the family-owned development company in recent years. The development has been designed by Cardiff Architects Morgan2Hayman and will have single floor plates of up to 13,025 sq ft. The council’s approval paves the way for construction work to begin this spring. JR Smart has already completed the 36,000 sq ft Driscoll Buildings, a two block office scheme, at Capital Quarter, for which around 16,000 sq ft remains available for occupancy.