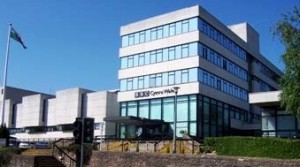 Developers have been invited to submit plans for a new 150,000 sq ft headquarters for BBC Cymru Wales. The new site will replace the existing BBC Wales headquarters in Llandaff, Cardiff. Having received proposals in a first-phase pre-qualification questionnaire stage, a number of developers have now received invitation to tender documents. Potential locations for the new HQ are thought to include a number of development sites in Cardiff Bay and the city centre.

In Cardiff Bay institutional property investor Aviva has two potential sites; a car park site close to the Wales Millennium Centre and a parcel of land between the 3 Assembly Square office scheme and the Senedd. Also understood to be under consideration is a parcel of land close to BBC Wales’ drama production facilities at Porth Teigr, which is owned by Igloo Regeneration. City-centre locations include JR Smart’s Capital Quarter scheme, land owned by the Welsh Government at Callaghan Square and a site around Cardiff Central train station.

The intention is for the corporation to receive detailed submissions from the invited developers by the middle of next month. An initial shortlist of four to six tender bids will then be taken forward to interview. They will then be whittled down to two or more in the time for the final approval process next spring, which will be overseen by BBC executives  in London and the BBC Trust.

However, for sign-off the preferred project will need to be underpinned by a robust business case with cost a key determining factor. If approval is given the plan is for the preferred developer to complete the shell and core of a new building by middle to late 2016. The cost to the BBC will be incurred in the installation of satellite technology and the fit-out of the building.

The headquarters will have to be constructed to the highest environmental and efficiency standard of Breeam Outstanding. While subject to planning approval it is envisaged that the building could have up to 300 car parking spaces, as well as room for 200 bicycles. BBC Cymru Wales would take occupancy of any new headquarters in middle to late 2018.