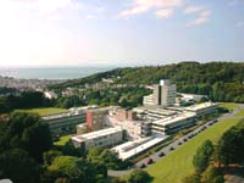 Balfour Beatty has been named as the preferred bidder for Aberystwyth University’s £45m student accommodation project, beating rival bidder Miller Construction. The 32-year concession contract involves the design, build and maintenance of accommodation for 1,000 students. The circa £45 million pound scheme will be located on Penglais Farm, on land immediately behind the existing award winning Pentre Jane Morgan student village and within walking distance to the University’s Penglais campus.

Balfour Beatty CEO Designate, Andrew McNaughton, said “We are delighted to have been selected as preferred bidder for this long-term contract in the student accommodation sector, our second success in this area in five months. We look forward to working with the local supply chain to deliver this project.”