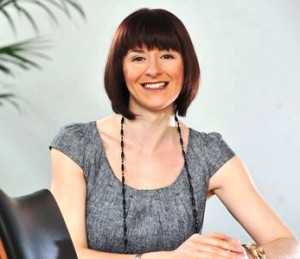 Sarah Gealy is a living challenge to the traditional stereotype of an engineer. A former chairwoman of the Chartered Institution of Building Services Engineers and now an Associate Director at the Cardiff office of AECOM, an international multi-disciplinary engineering company, she is proof that the world of engineering has changed and that a young woman of 31 can be as readily found in an engineering firm’s boardroom as a middle-aged man.

One of the tasks she set herself when she became a chairwoman of the Chartered Institution of Building Services Engineers (CIBSE) in South Wales last October was to encourage more women into the industry. She said: “Here we have other women engineers and many young people who I encourage to progress their careers. One way of doing this is by encouraging them to become chartered engineers, which is a widely respected professional qualification in addition to their degree.”

AECOM, which has offices around the world and 30 in the UK, specialises in building engineering, environmental design and transportation. In Cardiff the company employs a staff of 50 across its three divisions. “As a mechanical engineer I’m part of the design team which is responsible for all the building services on a construction project. I like to think of it as all those things that make a building work,” Ms Gealy said.

She added: “An architect gets the credit for a landmark building. However, if that building is too hot or too cold or the lighting doesn't work then people won’t be comfortable there. So my staff are at the heart of the design team responsible for those services, making sure the building functions correctly and the client gets what they want.”

Within the construction programme her role is of primary importance. She explained: “We are involved alongside the architect right from the start before any drawing has been submitted. Then we progress through the design stage to the construction phase. So we are on site, making sure what is installed is per design and making sure it functions correctly.” And every project, she added, is different.

In Wales Aecom carries out a great deal of work on public sector projects that include health care and education. To emphasis this Ms Gealy draws attention to work undertaken on the Welsh Government-funded Keir Hardie Health Park at Merthyr Tydfil, a £30m primary care facility designed to bring healthcare facilities into one building for the benefit of the community. “We are also engaged on education projects such as the one at Morriston Comprehensive School, where the Welsh Government has funded a complete redevelopment of a run-down 1960s building which will be replaced with a state-of-the-art construction,” she said.

When working on such projects being based in the Welsh capital is a distinct advantage. She explained: “We have close links with the Welsh Government and we understand a great deal of its green agenda. The UK has pushed forward into reducing its carbon footprint as a whole. It’s now accepted that we need to reduce our energy use. This is not necessarily from a global warming point of view. At some point gas will run out and we need to have an alternative means of providing energy.

So what does this involve? Ms Gealy said: “When we design buildings we look at making them as low in energy use as possible. “Many of our projects, because they are Welsh Government funded, have to achieve certain levels of performance when it comes to sustainability and energy as part of their funding requirement. This is something we do as a matter of course, and it will become more challenging in the future as over the years reducing energy consumption will be more difficult.”

Two questions arise from Ms Gealy’s answer. The first is, can such a policy succeed, and secondly, does its implementation put people off coming to Wales? “That’s a concern some have in the construction industry,” she said. “I think the way the Welsh Government is moving it is producing realistic targets. They are challenging, but people in the industry should be willing to head in that direction.

“We all need to reduce energy so it’s about getting the balance right and that the targets set are achievable.” It could, she believes, bring new impetus in the construction industry in Wales, promoting more use of renewable technologies and resulting in Welsh companies becoming experts in this new technology.

Fixing her sights on the future of her industry in Wales, Ms Gealy believes much of the work will come from public sector projects especially in healthcare. She said: “The [crisis in the] economy has had a huge impact on the construction industry but we have noticed in the last year that the private sector, which has been stagnant for three years, seems to be showing signs of resurgence. In Cardiff there are a good number of construction projects on site, which is a positive from our point of view since we need to have a wide range of projects.”

Working in just one sector is, she believes, uninspiring from a staff perspective, since they want to work on a variety of projects rather than just being focused on health and education. “We have been lucky in Wales in that the Government has invested in new schools and hospitals, but we cannot rely on just those projects,” she said. “Seeing private developers investing in retail and office projects, after a three year absence, is a positive sign for the construction industry.”

Ms Gealy stood down from her post as chairwoman of CIBSE in May after eight months in the role, and is now a vice chairwoman of the organisation. Reflecting on her time as chairwoman she added: “One of my aims of my time in office was to encourage people to come into the profession and help show them that this is an exciting industry to be part of.”