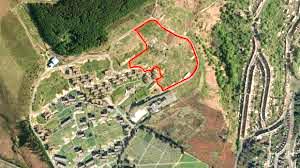 Plans for a £40m regeneration of a hilltop estate that was once Wales' largest public housing scheme have been given outline approval. The plans for Penrhys in Rhondda could see the money invested in new homes. The proposals will see 100 new private homes built and £2m spent on fitting external insulation to 315 housing association properties.

The estate opened in 1968, but developed a poor reputation because of social problems in subsequent years, with tenants looking to move away. The new homes would be on derelict land after demolition of two-thirds of the original estate in the early 1990s. The project also pledges to use local workers and suppliers to give the estate a facelift.

As part of the regeneration, the remaining housing will be modernised in a partnership with EDF Energy to give the outside of the buildings a new look, and help cut heating costs. The housing association, RCT Homes, has also pledged to invest £350,000 in improving public open spaces on the estate.

The deal for new homes with the firm Independent Regeneration will see any profits shared with the housing association, with the hope that £1m will eventually be pumped into enhancing the Penrhys environment.

"It is fantastic news that outline planning has been given for this project," said Kath Lewis, secretary of the Penrhys Action Group, and a tenant on the estate for nearly 40 years. This will kick start a new beginning at Penrhys. We have a real sense of community and pride in where we live at Penrhys.”