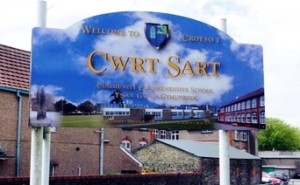 Plans for a £40m super school in Neath Port Talbot have been by passed by Education Minister Huw Lewis. The new school will replace Cwrt Sart, Glan Afan and Sandfields Comprehensive schools and incorporate Traethmelyn Primary School. It is part of the local authority's £93m schools reorganisation programme. The school will be built on council-owned playing fields at Western Avenue, Baglan Moor and is expected to be completed and open by 2016.

Neath Port Talbot Council leader Ali Thomas welcomed Mr Lewis' decision and said: "For all concerned, this announcement brings to an end a long period of uncertainty over the future arrangements for education in the area. It paves the way for work on finalising the design of the new school and, most importantly, on the smooth transition of pupils in September 2016."