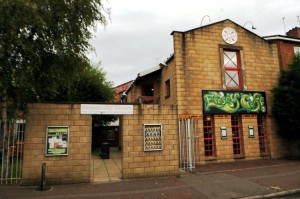 Cathays Community Centre is planning a £2 million revamp of its Cathays Terrace buildings, including a £1 million regeneration of the former Triple Crown Bingo Hall. The centre, which is run by Cathays and Central Youth and Community Project, is encouraging local residents to contribute to the development plans, which would double the amount of space available for community groups to use.

The community centre currently operates out of one half of the former Embassy roller-skating rink on Cathays Terrace, with projects including The Embassy Café, Under Construction Youth Music Project, the Embassy Youth Club and break dance group Cathays Bboys.

But it would like to bring the neighbouring bingo hall – which has been vacant for the last 15 years – back into use again, with plans for a large community hall and stage area, music practice rooms, and new youth club facilities. This is expected to cost around £1 million.

The other £1 million will be spent upgrading the centre’s existing buildings. In the short term this includes work to build a new reception area and extend the community kitchen, while in the long term project organisers would like build a new dance studio, arts and crafts space, meeting rooms, and a recording studio.

A spokeswoman for Cathays and Central Youth Community Project said they were currently preparing a funding application to the Big Lottery Fund, and while work on a new reception area has already begun, it is hoped the rest of the regeneration work could start in the next 12 months.